Friend of mine wanted a coat that was just unbelievably beautiful (to her). I mean it was a nice coat, but I don’t know if I would have went to the lengths that she went to. Anyways, she wanted the coat and it was on sale (excellent markdown as well). Only problem was, that it was in a Large and she was a small. She took it to the dry cleaner and said can you get this coat taken in? They looked at her and said “taken into what?” She responded wide eyed, my size a small. The dry cleaner was incredulous, but two weeks later she came back and lo and behold, it was taken in.

The moral of the story is, if you want a French Connection coat that’s now one of a kind because its on sale and its only available in large (and you’re not a large), get it taken in. It’s $179.99, final sale here.

This is a dress that nearly anyone can wear especially if you’re going formal. If you’re plus sized, this will accentuate the awesome curves, if your dainty and petite, you can have it brought in to give you a sleek and formed look and if you’re somewhere in-between, you can have it tailored as well. Very rarely do you get a dress that fits all of the check boxes. Sooooooo, get it at 6pm.com now for $29.99 by clicking here.

Here’s another Spring top that’s more than worthy of a look for your upcoming Spring closet. If you’re keeping track here, so far you’ve only spent $35 for two tops (this is including my previous post). By the time you’re done, you’ll have an entire Spring wardrobe for less than the cost of a college textbook. It’s that real. Get this also from Bluefly for $17.99 by clicking here.

Yes It’s Winter but this Sleeveless Top Gets you Ready for Spring @ $14.99

Snow is on its way. It’s cold. It’s getting colder. Blah Blah… But this sleeveless top is how you get ready for Spring. I am going to tell you why. Currently the top is selling for $14.99 at Bluefly. That means the normal price of $88 is out the window. It’s available in all sizes and will have you looking perfect for all those late spring, summertime events. Spruce up your wardrobe now. Click here to get it.

The genius minds at French Connection have done it again. They’ve created a head turning LBD that reveals just enough to keep it classy, not trashy. Furthermore, at $99.99 you’ll look very expensive, especially with the detailing on the side, without being so. This is a final sale and as such, most of the sizes will be gone very quickly, so pick this one up as soon as you stop reading this sentence. Get it here. 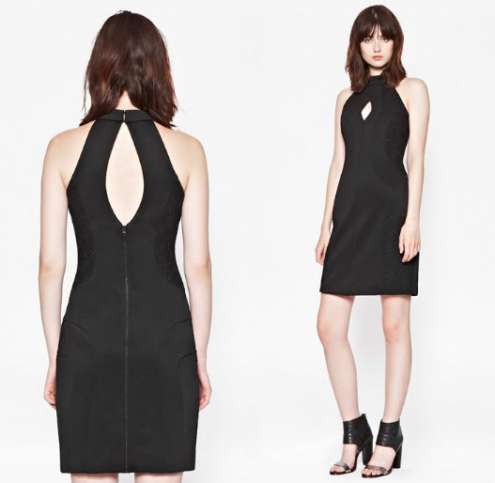 Lush Romper at Bloomingdales is a Must Have @ $58

Bloomingdales has this in Royal Blue as well, but trust me, if you’re a New Yorker the one in black is the one to go for. If you’re not a New Yorker, either or will be fine. But I have yet to find a romper that is as sexy, sleek yet classy as this one. I found it because Bloomies was having a feature on plunging necklines and all I had to do was look at the neckline on this one, paired with the curve appreciating aesthetic and know that this was a must have (possibly the buy of the week). Anyways, you can get it for $58 at Bloomingdales. Get it here. 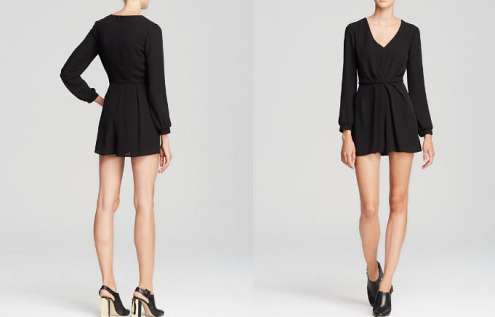 The Only Pair of Birkenstocks I will Ever Wear

I know what the doctors say. Oh heels are bad for you. Don’t wear heels. Wear comfortable shoes. But doctors don’t know how good heels look on a Saturday night. They’re a necessary evil. But when you want to be entirely comfortable, Birkenstocks are the way to go. No these aren’t your hippie mother’s Birkenstocks. I’ve never been a fan of the nature, tan or white ones. These have a sleeker look (or as sleek as you can look). With a pair of denim or a maxi skirt, you can make these work. James Perse is selling them for $135. This is one of the lowest prices I’ve seen on line for the black Arizona Birkenstocks. If you find one lower, e-mail me and I’ll share. Click here to get them. 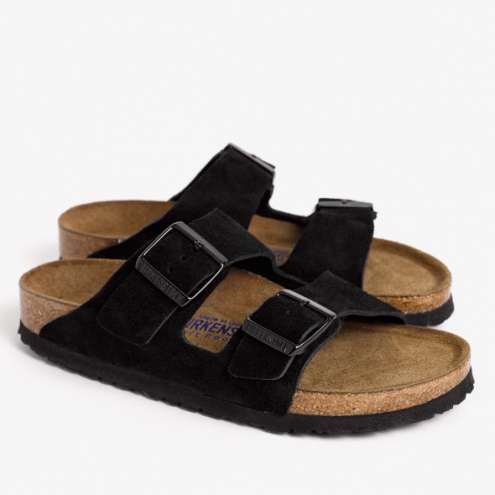 I’ve never been a proponent of dieting and let me tell you why. Dieting is always temporary and it almost always works in reverse, that is, you lose weight, then gain it all back times two. If you’re going to diet, why not just fast? But this book, “The Perfect Metabolism Plan” by Sara Vance is excellent for several reasons. Here you’re not going on any named diet, you’re literally changing your eating lifestyle. Your enabling your body to eat and process your foods like it should. She also provides sort of guidelines for having an optimal metabolism. I bought it and swear by it. Get the book on sale here at Alibris.